There is something magical about picture books that manage to successfully tackle big life questions while also engaging and entertaining the early reader. 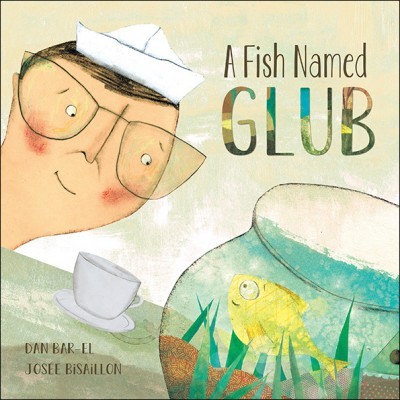 In A Fish Named Glub, the small and rather ordinary piscatorial protagonist swims around his bowl pondering the profound and the existential. Glub can’t stop asking himself questions: “Who am I?”“Where do I come from?”“Where do I belong?” And he can’t stop worrying. The world around his bowl, in the rundown diner where he comes to consciousness on page one, is filled with bossy men and the threatening women who, thinking the diner is no place for a scrawny yellow fish, try to dispose of him. But in the end Glub triumphs when his terrified darting about in the water produces shimmering underwater bubbles – bubbles that make real the dreams of whoever plunges their hand into his bowl.

Josée Bisaillon’s evocatively textured multimedia illustrations make each page a sensory delight. But while the idea of a small fish explaining the big picture might sound good on paper, A Fish Called Glub’s sometimes obtuse plot and occasionally awkward writing mean that in the end this book neither answers our questions nor engages our interest.

It’s the dawn of the twentieth century and the Tweedles are about to take the plunge and buy a car. Papa and Mama and little brother Francis are enthusiastic, but sister Frances is skeptical. The Tweedles eschew the unpredictable steam and noxious fossil fuel options and buy an electric model, a choice that elicits mockery from their neighbours. But the drive home is so traumatizing for Papa that, the next morning, he decides to ride his bike to work. That is how Frances ends up saving the day by driving the electric car – and her injured, previously scornful neighbour – to the hospital. At the end of The Tweedles Go Electric, we see little brother Francis and big sister Frances in the future: Francis becomes a racing car driver, while Frances drives the electric car from the Atlantic to the Pacific. 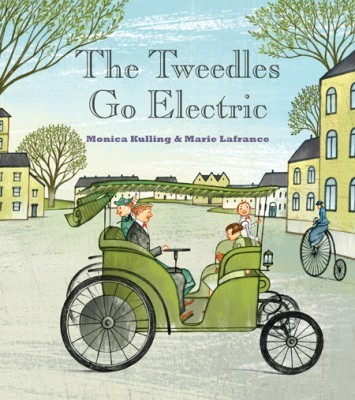 The illustrations by Marie Lafrance are extraordinary. The world she has created takes us back in time: whimsical penny-farthing bicycles, tidy stone houses with neat painted shutters, wooden barrels, and a motif of spinning old-fashioned car wheels with spokes.

Children will appreciate and understand the Tweedles’ attempts to find a car that will not only transport them quickly and safely, but one that will also limit pollution. However, not all parents will feel comfortable with the gender stereotypes used to describe the siblings: “Like most girls, she is more interested in higher education. Speed gives Frances nosebleeds, and adventure seems to go along with getting lost, which makes her nervous.” As for her brother, “Francis, like most boys, loves adventure.”

Kulling has written a lovely book that successfully reveals some of the connections between life 100 years ago and now. Unfortunately, her generalizations about the sexes, while limited to a handful of sentences, make it less likely that this release will become a family favourite.

Starring Me and You is the third book in Geneviève Côté’s Piggy and Bunny series, a celebration of friendship and individuality, targeting readers two years old and up. Like her earlier offerings, Without You and Me and You, this newest release features bright, colourful drawings, simple text, and a big book format well suited to the preschool audience. 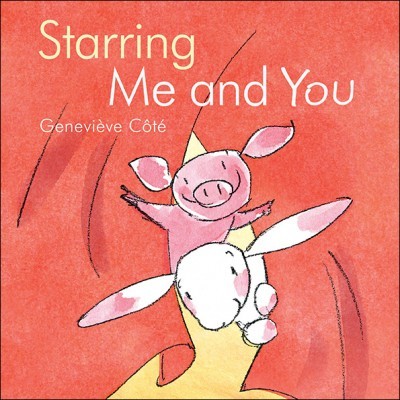 Starring Me and You
Geneviève Côté

Piggy and Bunny are unlikely friends: Bunny is shy and nervous, while Piggy is outgoing and rambunctious. Côté’s earlier books, especially You and Me, were both poignant and funny, but Starring Me and You comes off as preachy and stiff. Aside from one illustration of Bunny in the throes of a massive case of stage fright, Côté’s usual lighthearted humour is largely absent.

Côté’s success with the previous books in this series might mean that the writer/illustrator has been encouraged to produce an endless stream of Piggy and Bunny books. Hopefully, in the future, Côté will be given the opportunity to put Piggy and Bunny aside and produce work for young readers that reflects her prodigious creativity.

Frances Itani is an award-winning and internationally published novelist, poet, and children’s book author. Best Friend Trouble tells the story of a spat between Hanna the raccoon and her friend Lizzy the skunk. It’s fun to watch Hanna get out her frustrations: she goes down to the basement and bangs nails with her older brother, clangs a pair of finger cymbals with her dad, and draws an  explosive picture while sharing her mother’s desk. And who can resist Hanna’s super cute pet hamster Octavia? 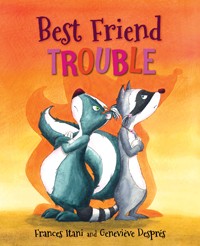 The combination of good writing and illustration make Best Friend Trouble a good choice for summer reading, ideal for those long hot afternoons when nobody seems able to get along.

If you haven’t heard of Catherine Austen, you’ve been missing out on one of Canada’s finest young adult, preteen, and children’s book authors. She charms and informs young readers with a feline named Isis who has a lot in common with her immortal ancient Egyptian namesake, scares the pants off teenagers with a terrifying dystopian thriller, and writes hilarious short chapter books for preteens who are just starting to dip their toes into the sea of adolescent angst.

While it’s true that Austen has written books for specific audiences, what sets her work apart is its ability to resonate with any reader who appreciates strong
characters, smart dialogue, and fast-paced, surprising plot lines. 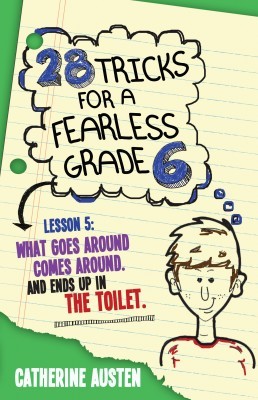 The title of 28 Tips for a Fearless Grade 6 – a companion to 23 Tips for Surviving Grade Six, which was aimed at the female preteen market – identifies Austen’s targeted audience, but this slender tome packs enough laughs and overall good feelings to satisfy readers aged 11 to 111.

Dave and his friends in 28 Tips have no choice: they have to survive Grade 6. Protagonist and amateur psychologist Dave Davidson and his left-footed, dog-hating, future-fearing, paranoid-of-public-speaking classmates fret and wisecrack their way through the novel, allowing older readers to revisit the days when we were full of ideas and potential, and at the mercy of our exploding hormones.

If you buy only one book this summer, do yourself a favour and make it a book by Catherine Austen. Regardless of whether you’re a young reader, a preteen, a young adult, or a full-fledged grown-up, this gem of a Quebec writer will be sure to take you on a magnificent literary ride. mRb