When members of your superhero family can, for example, “fly across the city at lightning speed,” you experience more than the average pressure to make a certain splash. Heather Tekavec’s junior graphic novel, Arnold the Super-ish Hero, is an ode to but also a spin on the world of superheroes. Arnold’s search for himself and his own talents is genuinely funny and sweet, without being saccharine: “All Arnold could do well was answer the phones, and that definitely wasn’t a superpower. It was more of an average office skill, really.” 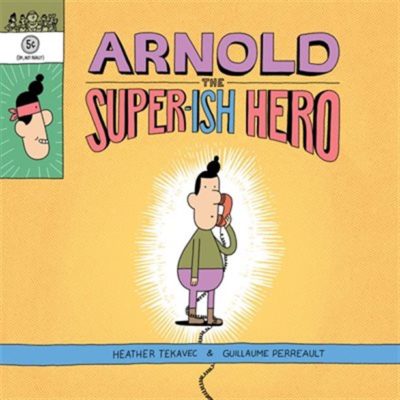 When Arnold’s moment to shine arrives, he rises to the occasion to solve a series of everyday challenges, often comically misunderstood at first. Pleasingly detailed illustrations by Guillaume Perreault make rereading fun – always something new to notice – and kerfuffles are highlighted by plenty of “bangs,” stars, dust clouds, and the like.

Lucky for the good guys, Arnold’s regular skills come in handy, and he reminds us you can make someone’s day just by being nice and a little inventive.

Four-year-old Riley’s days are filled with tears. Our narrator in the translation of Stéphanie Boulay’s Riley Can’t Stop Crying is Regina, Riley’s sister, and she’s determined to find the root of Riley’s sadness and make him happier. 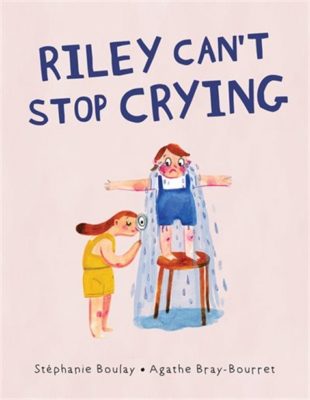 Agathe Bray-Bourret’s charming and playful watercolour and gouache illustrations depict Regina and her dad as stretchy figures making superhuman efforts to cheer up Riley, who ultimately embraces that he wants to play not only with jelly spiders but also rainbow ponies, shave parts of his hair, and sometimes wear a skirt.

The illustrations add levity and humour to this story of bucking conformity and gender norms, as in the spread of a kooky and colourfully dressed Riley in a lineup of kids, the rest of whom don drab, grey outfits.

Not all of Riley’s problems are fixed – “my little brother still cries sometimes […] we can express some of ourselves on the outside, but there will always be complicated things left inside” – but readers will still be able to celebrate the many fun ways Riley and Regina and their dad find “to take care of our hearts.”

Created by two Black artists, Dear Black Girls is a strong and important expression of solidarity: “this one is for you—for us.” 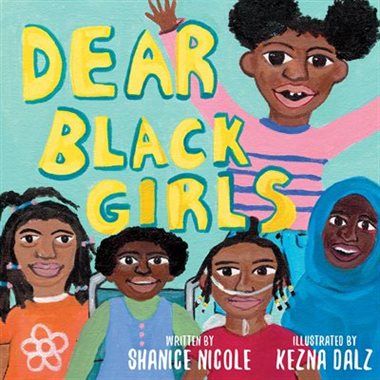 This poetic letter tells Black girls they are loved, addressing traits that have at times been disparaged: “Dear Black girls, / I love the way your Black skin / wraps itself around you, / as if it never wants to let go, / as if your colour is the richest thing it has ever known.” Shanice Nicole embraces difference and creates space for Black girls to be anything and everything: “your lips and mouths are full […] Ready to fight / and laugh / and kiss / and love / and scream.” She references injustices – “Our histories aren’t always shown” – and challenges past and future, and encourages Black girls to be who they are, no matter what anyone says.

Kezna Dalz’s bright and bold illustrations depict an inclusive range of Black girls with strong gazes directed at one another, at the creatures of our shared world, and of course, at the reader.

Lucky Amelia has the chance of a lifetime to take an imaginative journey to another world. 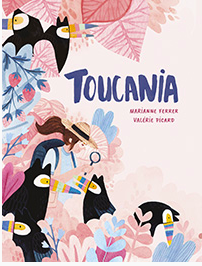 After having heard of the fantastical island of Toucania, only accessible every 50 years, from her grandfather, it’s now Amelia’s turn to visit. Marianne Ferrer and Valérie Picard’s Toucania (translated by Charles Simard) follows the young adventurer as she travels to and roams the island, sharing with readers a kind of catalogue of its invented animal inhabitants – some friendly, others dangerous or shy. Ferrer’s soft palette of watercolour illustrations brings to life new yet almost-familiar creatures, like the belicorn, a beluga with unicorn traits.

While the text has charming details – “a fever of lumirays joins in, lighting the ocean’s deep blue with their glowing wings” – it’s the beautiful and magical illustrations that steal the show. Amelia begins by following in her grandfather’s footsteps, but she also makes her own way and her own discoveries.

The perfect addition to a budding zoologist’s collection of dinosaur books, That’s No Dino! presents a bunch of creatures that are for the most part not dinosaurs. 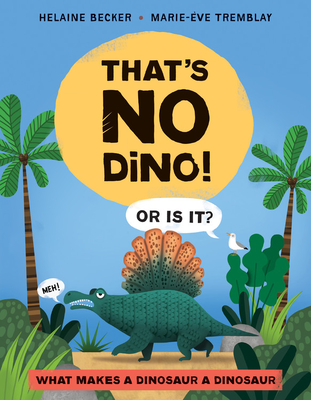 That’s No Dino!
Or Is It? What Makes a Dinosaur a Dinosaur
Helaine Becker
Illustrated by Marie-Ève Tremblay

Helaine Becker carefully researched scientific sources to create a kind of encyclopedia that teaches readers about animals that once roamed the earth: “Imagine the terrifying sight of gigantic Quetzalcoatlus soaring overhead. Its wings were three times longer than those of the wandering albatross, today’s flying bird with the longest wings.”

Marie-Ève Tremblay’s playful, geometric-inspired illustrations bring to life each spread, which features a creature with a portrait, name, and pronunciation, the era it lived, a description, and a checklist for understanding which characteristics qualify it as a dinosaur (or not).

Becker provides digestible facts, but also more in-depth information that means reread- ing will yield new details, many of which are naturally quite thrilling: “Poposaurus could easily run down speedy prey and rip them open with its razor-sharp teeth.” 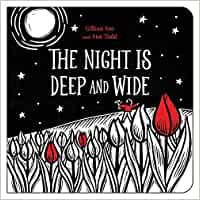 The struggle can be ever-evolving when it comes to small people and sleep.
Poet Gillian Sze creates a rhythmic lullaby with a repeating verse, “Moonlight falls on eyes that close,” urging little ones at the very least to close their eyes. The Night is Deep and Wide invites readers (and future readers) to join the world of sleep with Sue Todd’s bold, beautiful, and poetic black-and-white illustrations, with one element of colour per page to draw in the eye. Each spread features tulips in one form or another, an evocation of the refrain, “the tulips close, row by row.”

While no book can promise a baby or child will capitulate to rest, Sze and Todd pull out all the stops – as caregivers are known to – including enticing scenes of cosy animals snuggling, where “even the home slumps and sighs low, / inviting dreams to come inside.”