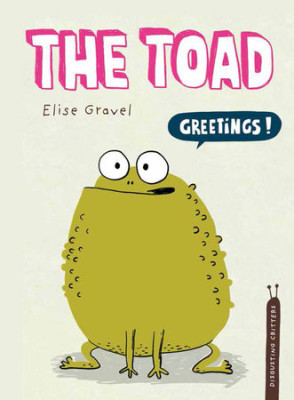 Are you toadally ignorant? That will change when you read The Toad. Written and illustrated by Elise Gravel, the book’s facts are accompanied by charming drawings of the Bufo bufo or common toad. Your guide is a large-eyed she toad, who has plenty of jokes for her readers. She may be impish and cute in this book, but little ones looking for an ick factor won’t be disappointed – wait for the part about what the amphibian does with her old skin. Sadly, this isn’t just a cheerful tale of discovery. In this millennium, a nature story necessarily refers to climate change. The Toad is no exception and prepares the groundwork for the next generation of environmentalists. It’s part of Gravel’s Disgusting Critters series, through which you can learn more about worms, slugs, rats, and even the dreaded head lice. (Next book idea: bed bugs.) 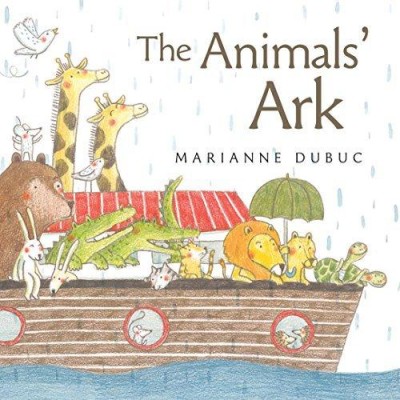 The Animals’ Ark by Marianne Dubuc is a secular account of the classic tale. Readers meet all kinds of creatures, rendered in expertly faux-childish pencil crayon drawings. When a flood hits, animals make the most of their long boat ride. They play to while away the time, and the drawings reflect these imaginative interactions – ladybugs playing dominos and a chameleon hiding in a tiger’s stripes. The starry night before they find land is especially evocative. Perhaps there are some lessons in here, too – how to make the most of inclement weather, that stormy days end – but they are overshadowed by the animals’ joyful antics. Noah is mentioned at the very end of the story (referred to previously as a “kindly man”), should you want to segue into the biblical version. 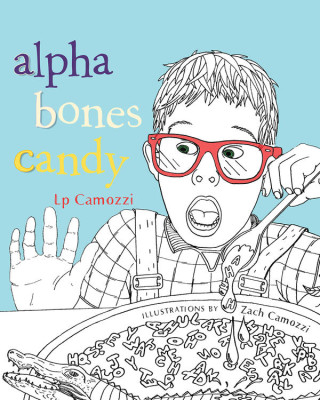 The letter D is for “drizzle / rainy / puddle / jumping / best barefoot.” In Alpha Bones Candy, Lp Camozzi takes readers through the twenty-six letters, and each is a rich world full of activity. Before delving into the alphabet, readers learn the ABC book is written in Modern Tanka poetry form, a freer version than traditional Japanese Tanka, in which syllable count is specific. The poems are cheeky, funny, a little sad, and maybe a touch adult (“help you / hold you / heal you / will that be / all?”). It’s the kind of book grown-ups won’t mind going through again and again, should it become a favourite of the young reader. The apple doesn’t fall far from the tree with son Zach Camozzi, whose black- and-white illustrations are imaginative riffs on the poems. If kids learning the alphabet get a bit lost in the text, they’ll be absorbed in finding the list of items that begin with the hero letter (and learning some news words, too: zodiac, wobbegong, ibex horn, for example). They can also colour in the rich, detailed, and playful drawings. Using the foundation of our language, the Camozzis create a world that will be engrossing to both kids and their mentors. 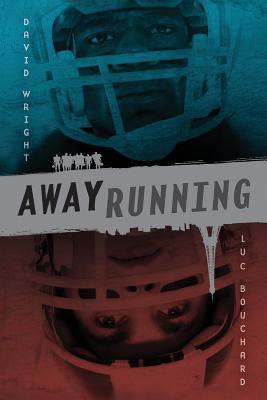 Away Running follows two very real and likeable seventeen-year-old boys on a trip to Paris. It’s no ordinary backpacking adventure, however.

Mathieu Dumas from Montreal and Freeman Omonwole Behanzin from San Antonio, Texas, take turns telling the story of their pre-university experience playing football américain in the suburbs of Paris. The team they play for, the Diables Rouges, represents the poor (barely fictional) Parisian suburb of Villeneuve-La- Grande, home to many immigrants from North and sub-Saharan Africa. As the season pushes the team toward the national finals, Matt must confront his privileged background and Freeman, or Free as he’s called, struggles to decide how a recent tragedy will define him. Racial tensions mount in a heartbreaking scene that is all too familiar and very relevant to current affairs. Away Running is highly readable and well written. The two authors, David Wright and Luc Bouchard, met playing football in France and have based the book on similar real-life events from 2005. It’s evident they put a lot of thought and work into telling the story. The two boys and their new friends switch between French and English from France, Quebec, and America. It could have been clunky, but it’s deftly executed without being repetitive and adds another layer to their youthful banter. Each sorrow in the book – a casual racist act, an imperfect reaction to it, the sudden loss of a loved one, deep-rooted injustice – is so well-crafted it will bring a more sensitive reader, ahem, to tears. Yes, it’s also football book. But the fast-paced games are told succinctly and there’s plenty of interpersonal drama to keep things interesting for readers who aren’t sports fans. In the end, football gives the two young men “structure … discipline … and help [to] make better decisions.” They need all this and more when Villeneuve-La-Grande falls apart. 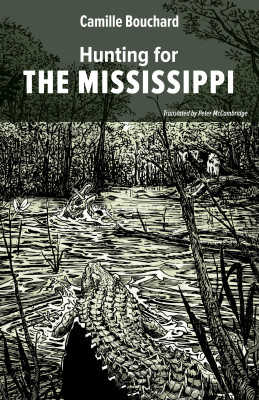 Hunting for the Mississippi
Camille Bouchard
Translated by Peter McCambridge

Scrawny from being underfed, twelve-year-old Eustache Bréman tells the story of René-Robert Cavelier de La Salle’s last voyage from France to the Americas. When Hunting for the Mississippi begins in France in 1864, La Salle has already been made governor of Louisiana by King Louis XIV. Bréman, his mother, and family friends the Talons are among three hundred people boarding one of four ships bound for the southern United States. That Bréman’s widowed beggar mother is propositioned by a priest on the second page of the story bespeaks that this will not be a happy tale of discovery. The voyage across the Atlantic is long and rife with rats and filth and adults who are already at one another’s throats. Boats in the fleet are lost, factions are created, a rapist preys. On a lighter note, author Camille Bouchard is evidently enthusiastic about the technical details of sailing, as is young Bréman, and interested young readers will learn quite a bit. This mostly true account of La Salle’s final expedition, based on real characters, is recounted by Bréman in a punchy, conversational voice that flows better sometimes than others. Although the adults in Bréman’s immediate world are loving, they aren’t the ones in power, and Bouchard conveys everyone’s vulnerability to those who are. If at times it reads like a bit of a history lesson, the lesson is an important one: that the so-called European founding of North America was a bloody, violent, and maybe even evil event. mRb
Vanessa Bonneau lives in Montreal, where it took super-ish hero efforts to make it to spring. But now, tulips!